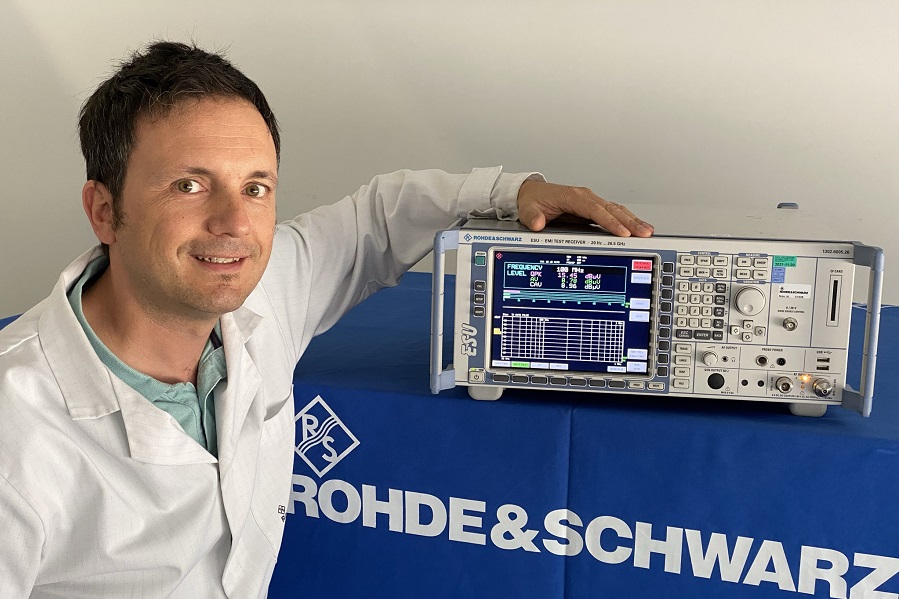 By successfully passing ENAC's assessment and obtaining accreditation, the Rohde & Schwarz Spain calibration laboratory has demonstrated that its EMI receiver calibration services are technically competent. With this, they are in a position to provide companies with certainty in the results provided by their measuring equipment used in key activities, such as ensuring their products' quality or safety, by making their measurement results reliable by providing them with metrological traceability.

What types of tests use calibrated equipment? How useful are these tests? and what kind of equipment are they used for?

The equipment, commonly referred to as EMI receivers, is used in electromagnetic compatibility (EMC) testing. These tests function as a guarantee that the product is suitable from the electromagnetic point of view, meeting a series of standards and in a specific market, such as the European market. The equipment which the tests are carried out on are very varied, from a mobile phone charger to a truck tractor head. The thing that they all have in common is that they can emit electromagnetic radiation or be susceptible to it, either from cables or from other means such as air.

Why did they decide to accredit the calibration of this equipment?

The answer is based on two fundamental factors: the market and the regulatory environment. According to the first factor, the industry needs to put a large number of electronic products on the market with an increasingly reduced time to market. This implies a high demand for tests, which in turn drives the sale of receivers. From a regulatory point of view, it is known that EMC's demands have been increasing every year. This includes the minimum requirements that EMI receivers must meet and that must be included in their calibration. Taking the above into account and after a feasibility study, R&S Spain has decided to undertake to invest in time and material means to get accredited.

Rohde & Schwarz is a manufacturer of EMI receivers, has that been one of the reasons that led them to be accredited for calibration of these devices? What kind of benefits does ENAC's accreditation as manufacturers bring them?

Being a manufacturer of this type of equipment requires us to be able to offer accredited calibration services, especially for the Spanish equipment depot. The benefits are various, but fundamentally it enables us to give a global solution package, in addition to the already consolidated maintenance and repair. It should be noted that the fact of having technical information from the factory has been a good catalyst in the accreditation process.